Shortcuts and the Rotation Method

How the Numerical Bible codes Work

In the beginning God spoke the Universe into existence.
Psalm 33:6
“By the word of the Lord were the heavens made; and all the host of them by the breath of his mouth.”

God also knew everything from the beginning.
Isaiah 46:10
“Declaring the end from the beginning, and from ancient times the things that are not yet done, saying,
My counsel shall stand, and I will do all my pleasure:”

He likes to hide things.
Proverbs 25:2
“It is the glory of God to conceal a thing: but the honour of kings is to search out a matter.”

He even uses riddles and parables:
Ezekiel 17:2
“Son of man, put forth a riddle, and speak a parable unto the house of Israel;”

Mathematics is the language of the universe. Everything in our universe can be measured in numbers, whether it be length, width, depth, height, weight, mass, temperature, speed, or time itself. In this book, we will see that God encoded the Bible with numeric codes.
The Bible was written in Hebrew (Old Testament) & Greek (New Testament). And every letter or word there has a
numerical value attached to it. This concept is called gematria.
-<>-
God created patterns in this universe that physicists have pondered on for centuries. They keep asking the questions: “What is the mystery of the fine-structure constant?”, “Why is the golden ratio everywhere?”. But even more enigmatic is the number 777, which is so little known. Instinctively, Christians know this number represents God in some way or another.
This book will show you the depths of number 777 like no one else has ever shown you.
-<>-

In this book, we will go into riddles, Bible codes, the gematria of words and phrases, physics codes, and 777 codes.
The gematria codes in this book are found using the Westminster Leningrad Codex (WLC) for the Hebrew Old Testament (O.T).
It is the oldest complete manuscript we have of the Hebrew Bible a.k.a Old Testament, and It dates back to around 1008 A.D.
Another authoritative contender according to the experts is the Dead Sea Scrolls, but it misses large portions of the O.T.
But after my research, I see the WLC in terms of gematria codes as the most authentic text without a shadow of a doubt.
The Scrivener’s Textus Receptus 1894 is used for Greek New Testament (N.T), and It has been edited and republished several times.
The first release was in 1516 by Erasmus, followed by another in 1519 which was used by Martin Luther; who led the protestant reformation. This text was used when translating the New Testament into English by William Tyndale, and the English King James Bible (KJV) that I use for all verses translated in English here. Eventually, we ended up with the 1894 version.
Also note that we do not have any original manuscripts of the Bible, only copies of them. Why? Take the example of the latest writings of the Bible in the N.T. They were written on papyrus that decades with time. Many think it was the Catholic Church that watched over these texts, but that was not the case. It was the early churches who were that authority. These early churches, all the way back to the first century A.D, made sure that the texts of the N.T were copied to be preserved throughout the centuries.
And the Jews have always preserved their Old Testament. God truly made sure that the Bible would be available to us.
-<>-
The Torah is the first five books of the Bible. There are 4 different versions of the Torah today that are considered valid, with only 9 differences in them found in 9 verses. It is quite waterproof due to the strict customs of the Hebrew scribes that copied the Torah in the ancient days. It was very precious to them and still is.

The Torah is the foundation of the Bible, and it is quite central in this book since most codes here are from its verses.
-<>-
Genesis chapter 11 tells us about the Tower of Babel and how humanity had only one language when they started to build it.
And then God sent down angels to confuse them by making them talk in different languages.
In other words: God is the author of the ancient languages, with Hebrew being one of them.
-<>-
And as you will see later in this chapter, all Hebrew & Greek letters have a number attached to them, or in other words: numerical value.
And this is what this book is all about. Because God decided to do the most profound codes of the Bible using letters as numbers.
-<>-
This first chapter works as a tutorial to understand the technical part of the codes and the abbreviations I use.
The “technical part” is the Mathematics & Methods being used to solve/find these codes.
You can’t understand this book without truly knowing this chapter, and this chapter might be the hardest for you as it is a lot of stuff you have to
understand and remember here. If you have a very poor memory then write down the abbreviations & terms here on some paper to have by your
side as you read on into the numerical codes of this book.
I will not lie to you and tell you that this is an easy & simple book to understand. But it is no problem if you give it some effort.
I had problems along the way figuring out stuff, even learning new stuff. But what I can say is that if you manage to understand only a third of this
book, then you will be amazed. Understand most of this book, and you will be mind-blown.
-<>-
Your journey here starts with mathematics, as it is the language of the universe. Figurate numbers are numbers that can be made into shapes comprised of counters.
It is an ancient concept that came to the western world through Pythagoras, but he got his knowledge from Egypt again.
God seems to use math for all it’s worth so that is why we need a lot of mathematics at the start of this book.
In the world of figurate numbers, 1 is always the first figure. The illustrations below display the 4 first orders. Pentagonal numbers are polygonal numbers that are arranged after a pentagon with 5 sides.
Their order (o) can be found with the formula: (3*o2 – o)/2. 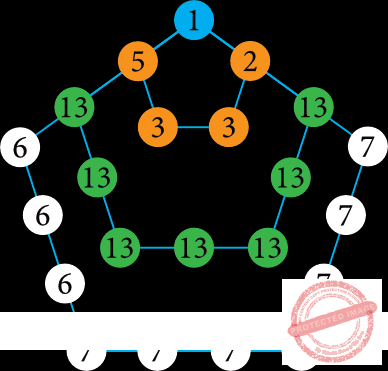 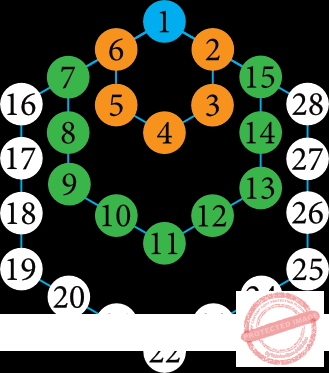 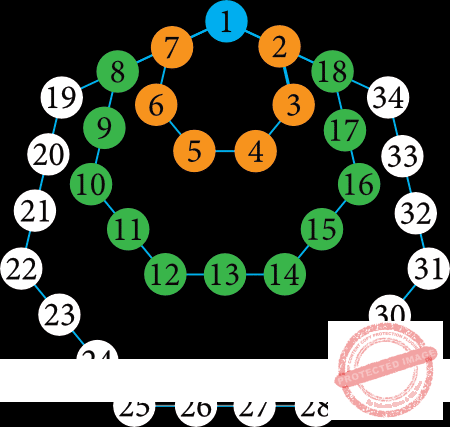 -<>-
-<>-
Octagonal numbers are polygonal numbers that are arranged after an octagon with 8 sides.
Their order (o) can be found with the formula: 3*o2 – 2*o.

Cubic numbers are 3-dimensional polygonal numbers.
Their order (o) can be found with the formula: o*o*o.

All 2-dimensional polygonal numbers can be found with the formula:

You can use the Math Tools page on my website to find any polygonal number you want by entering the number of sides & order.

Standard (Mispar gadol) system is the primary system. It is regarded as “standard” since it is the original values of the letters.
Ordinal (Mispar Siduri) system is the placement values.
Reduced (Mispar Katan) system goes from 1 to 9 & starts over on 1 again (same as the standard system when zeroes are removed).
The ancient Hebrews used these three gematria systems. They called them & still call them:
Mispar gadol, Mispar Siduri & Mispar Katan. They are the central gematria systems.
-<>-

Accented letters (ֱלֹהִ֔מְַח — άὐὲὐֶ֖) have markings on them that are there to give a more accurate pronunciation of the letter.
An iota subscript is a diacritic mark that represents an Iota (ι) placed under the letter. If it occurs you should add an Iota after it.
It can occur with the vowel letters eta (η), omega (ω), and alpha (α). Here are some examples of iota subscripts: ᾷῇῷ.
-<>-
-<>-
Hebrew is read from right to left & it is the mother alphabet. Since the Greek alphabet comes from the Hebrew alphabet.
These two alphabets are the only alphabets with the same gematria system (standard).
The English alphabet comes from the Latin alphabet, which again comes from the Greek alphabet.

English gematria is also very important in the numerical Bible codes of God.  We will also use the reverse gematria systems on this alphabet.

The symbolic meanings are shrouded in mystery but we know each of the Hebrew letters has 3 properties:

See the DVD video “A History of Hebrew” by Jeff A. Benner for more information on this. You can buy it on Amazon on this link:
https://www.amazon.com/History-Hebrew-Its-Language-Philosophy/dp/1621370593 It is also uploaded on YouTube.
Special thanks to Jeff A. Benner and his wife at https://www.ancient-hebrew.org/ for letting me use the image above.

Meaning of Numbers in the Bible

These are the general meanings of a few numbers. You can find more extensive info on this at:
https://rcg.org/questions/p144.a.html
https://www.Biblestudy.org/Bibleref/meaning–of–numbers–in–Bible/3.html

Shortcuts and the Rotation Method

How Bible Codes of Gematria Work

Take note that I copy-paste the info in here from the book so I write from the perspective of the author and you as the reader here on this website.
I cannot be 100% consistent in how I display Hebrew words/phrases since it switches places with the result which is a common bug. So I have to write אלפא “Alpha” like this instead of “Alpha” אלפא.
I always write it as the last example in the book, but I can’t always do that here.
The book will not be affected by this bug so it will be better to read.
And my website and book will not be 100% identical as I have to focus on google keywords here.

Chapter I. Introduction to Gematria, Mathematics and Methods

Other Pages
Meaning of Numbers
& their use in Gematria